Launched in , we love to explore the very best creativity and offer interviews, tips and ideas to help you succeed. Created by Boomerang PR. Recommended reading. Registered in England and Wales Skip to main content. You're using an out-of-date version of Internet Explorer.

He has also translated Ricoeur, Nietzsche, Derrida and Husserl. This was to propel him into a career in field science that gradually transformed into one of wildlife photography. And so a career-long relationship with the legendary presenter was launched.

The advent of digital has improved his life no end — he can spend more time underwater without having to surface to reload film. As for processing, he remembers Kodachrome film taking a year to get from Antarctica to a UK lab and back. Doug Allan: When I first went to the Antarctic in I was thrown into an overwintering environment with only about 15 other people on base. Most were photographers and some had a very good eye.


With the penguin colonies and the seals on my doorstep a serious interest was kindled. DA: A Petriflex given to me by Dad in It was a very simple SLR. For underwater photography it was the old faithful Nikonos II — it was the most advanced then, but no electronics at all. I feel almost more in need of formal training now with digital than I did back in the days when we used to do our own processing.

Now there is so much you can do in post processing, and you have to be careful if you want your digital files to be around in 30 years time. What turns me on is being in the company of big mammals. DA: Digital encourages experimentation and as a stills photographer the field is absolutely wide open to interpret whatever you see in whatever way you can imagine. There was no alternative when I started. I liked Ernst Haas with his long exposures to experiment with blurring movement.

We used to try that on base and quickly realised it was much harder than it looked. Also the early Jacques Cousteau and Hans Hass books influenced me a lot — the idea of exploring the undersea world with a camera. DA: I realised after 10 years in Antarctica that photographing and filming animals encapsulated so much of what I enjoyed doing.

Travel, adventure, being part of a team, doing something you think is worthwhile — all those things come together in what I do. DA: You have to take yourself to exciting landscapes or put yourself in front of inspiring animals. Dangling off a craggy cliff face in the name of work is not a daunting prospect for adventure photographer Gordon Wiltsie. After more than three decades as a professional photographer, Gordon Wiltsie is known as one of the best adventure and expedition photographers out there. Brought up among the wide-open spaces he started off as a keen mountaineer studying chemistry, before a chance meeting with Galen Rowell lead him to his true vocation.

He quickly switched his academic interest to the creative fields, but before long realised that he simply wanted to be in the mountains with his camera. He has contributed to many books, and his most recent is To the Ends of the Earth: Adventures of an Expedition Photographer.

GW: I started off as a political science major and then I became a chemistry major and then I wanted to go to Nepal, which was a life dream. So I changed my major to creative writing and photography. For a long time I was known for ski, mountain and adventure photography. Going to really wild places that no one had ever really been before was my niche. If it was cold, miserable and dangerous, editors would send me.

GW: There are two actually. My assignment to Queen Maud Land in Antarctica was probably the best adventure because it worked so well for me as an expedition leader as well as photographer — it was my first cover story for National Geographic. The other one was a story I did of a migration in Mongolia. It was an unbelievable human story experience.

GW: Uncertainty. GW: I used to always shoot film because I thought that it gave a better image in the long run. I do a lot of lecturing and I thought slide shows using real film looked better than digital. Bt the latitude you can get out of digital compared with film is astonishing. GW: I went on to assist Galen Rowell and he became a bit of a mentor. GW: For me it is a means of communicating a human relationship with a natural world that is beyond description in words.

GW: Two things here: one is a travel story where there are ten different pictures that add up to something. But a single great photo needs a human element, it has to make you want to me there — or not want to be there — and it has to have some emotional component to it.

Following in the footsteps of his heroes Frank Hurley and Herbert Ponting, Martin Hartley literally walks to the ends of the world in search of the perfect photograph…. Put simply, Martin Hartley is one of the leading expedition photographers of today. His extraordinary images are drawn from the Polar Regions, deserts, mountains and other remote corners of the world.

He is fascinated by landscapes and the people who live in them. As an expedition photographer he often ends up covering more ground than the actual explorers. But I do end up doing a lot of running around.

Inspired by the great explorers of the Golden Age of Scott and Shackleton, Martin has been on plenty of tough expeditions. He also has a permanent exhibition on display at the Royal Geographical Society. It was one I coveted for quite a while. The thing I liked about it was that it had two little buttons to change the shutter speed, which I thought was pretty tasty. He gave me that when I was about 17, and it was probably my first serious camera.

At the time it was the best photography course in Europe. The freedom of the course was the most important element. You were allowed to do anything you wanted to do. You could really experiment.

It was a great brief and I was able to roam free and take photos of anything I liked. And I got paid the day after. The days of the specialist are over. But there is a lot of pressure to come up with the goods all the time.


I did Brazil and Yemen for them. I find it quite hard to understand why certain magazines employ you, print your pictures and then refuse to pay you. That to me is a magazine that does not respect the value of photography or photographers. Digital is another tool in the toolbox. 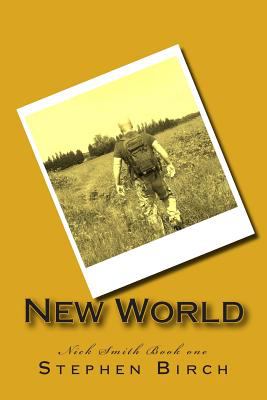 Ponting and Hurley were way ahead of their time. On the basis of that I always gather a shot list in my head before going on an expedition.